Just me and my art, tutorials
and free printable 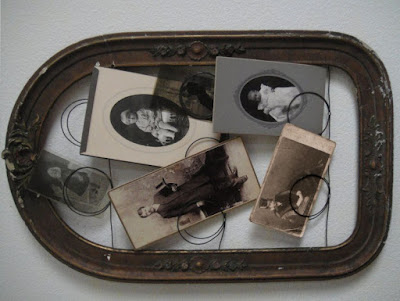 Well I guess it is back to "All about me" :)) and things around this house has been just crazy. I did get this frame done and I am also adding a tutorial on how to make authentic looking cab cards below and a free printable to start you off.

The about me part, I have had company for the past couple of weeks and the last of them went home on the 3rd. Whew I thought! My son called me the next morning and told me my beautiful little grandson was sick. It did not look to serious but he was taking him to a doctors appointment. I told him to call me and let me know how he was. Shortly later my son called again and said that the little guy had Fifth disease, a virus that most children get. Between the time he had called me and the time he got him to the doctor he had broken out in the most awful red rash and even some blisters. So he had it to a more severe degree than most. It is not a virus that will really harm him as it will run it's course but if his momma who is 4 months pregnant contracted it there was a risk of significant harm to the unborn baby : / The doctor said it would be best if our little guy and his momma stayed in separate houses... sooo I have a sick little guy for the next week and his momma is in tears too since she can't be there for her sick little one. My son has been running back and forth between the two houses but each time he goes home he has to shower so our little momma doesn't catch it. I just keep saying "Gosh what next!" ... lol

How about how to make authentic looking cab cards!

First you will need to print your image (and you can use the one below) on semi gloss brochure paper. Then you need some light weight matt board, like the white gift boxes you can get from the dollar store. Oh yes, you will also need a can of craft spray glue. 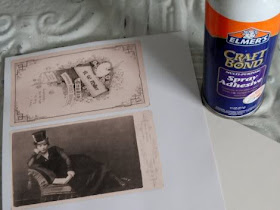 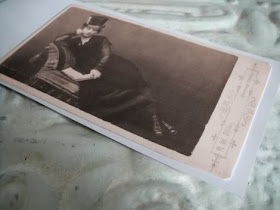 Use a heavy emery board to sand the edges and round the corners.

Use an ink that matches the print all around the edges also touching it here and there direct to the paper on both the front and the back. Then blend it all with a blending solution or a blending pen. Since I had used a laser printer, I could just use alcohol. 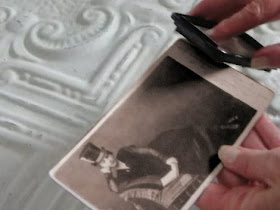 I also bend it here and there and bang the corners to give them the look of having been handled through the years. 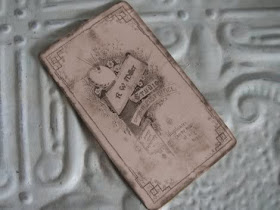 I placed mine in the frame above with some originals and as you can see it is difficult to tell the difference. 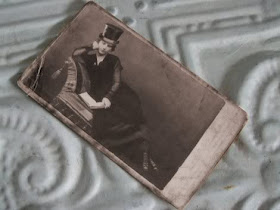 Now for the printable :)
Feel free to pin the thumbs below but please do not pin the actual download. I would like everyone to stop by here to download it so they don't miss all my other fun free downloads 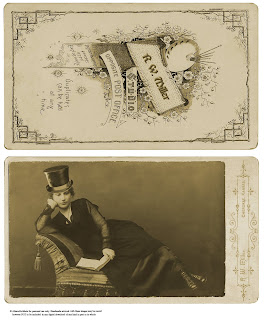